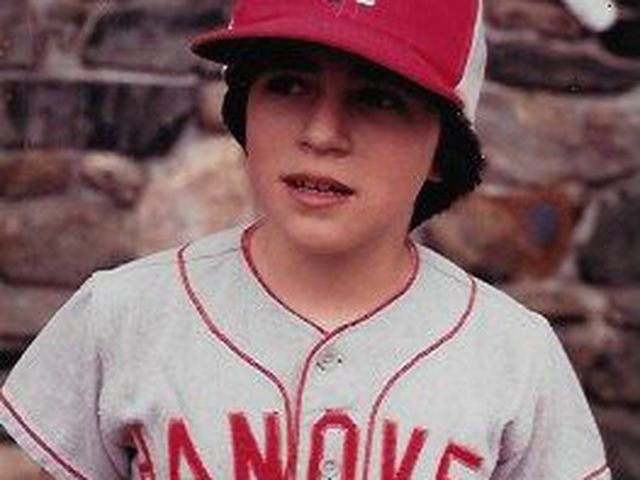 Never too old for a little degradation

Conventional femininity has never been my thing. My parents didn’t have the energy to curb my ruffian nature as a kid. After raising the six older siblings, they distilled their parenting down to a couple of basics: live by your own rules and to be true to yourself despite inevitable feedback. They defended my choice to play baseball with boys and were unfazed that I wore a baseball cap every single day even to church on Sunday.

I appeared so much like a boy that people assumed that I wanted to be a boy. I couldn’t articulate that I happily identified as female but wanted all the freedoms granted to boys. Substitute teachers and friendly salespeople appreciated my rambunctious nature until they were told that I was actually a girl. Then I was expected to restrain myself, be compliant and dress more appropriately.

In middle school, I had many crushes, but I was not capable of communicating with those fellas outside of baseball practice. Plus, I was the last kid to go through puberty. At least once a week, one of my secret crushes would call me a dyke. I would give him the finger and call him a male chauvinist pig. My feminist rants masked my hurt and added to my list of natural repellents that ensured I would not land a boyfriend for years.

Even in college, people continued to offer unsolicited fashion tips. One guy took it upon himself to inform me that I didn’t look good in my favorite jeans; I let him know that it didn’t matter how the jeans looked to anyone outside of them because when I wore them, I moved freely and felt like a complete and utter badass.

I have been hassled by makeover tips for decades, often from people whom I believe could use a make-under, but I kindly don’t mention it because that would be considered a gender crime.

Recently my daughter and I went to NYC to see a couple of shows. Throughout her life, I have tried to prepare her for comments from sketchy people. Walking around a city with your fifty-two-year-old mom is an excellent creep filter. Some lechy dudes stealthily craned to check her out without comment sensing the lioness mother ready to pounce. I noticed she had conviction and fire in her own step – a force to be reckoned with.

One late night we were walking on the outskirts of Times Square, enjoying the human study of late-night characters. I was wearing my version of Lady Clothes- dress pants, a “lady’s tee” (no writing on it), a knee-length raincoat (made by Marmot – lady-esque) and super feminine dress boots according to only me.

Off to our right, there was this sidewinder drunk who was moving past us at an angle, focused on something way off to our left. He was a nonfactor until he got by us. Then his head suddenly jerked back over his shoulder and he said directly to me, “What? You got a dick, baby girl?” With too many concepts to address, I was uncharacteristically speechless. I was also quite impressed that with his peripheral vision and only the slightest whiff of my essence, that drunk gathered my entire history despite my lady clothes.

He loaded condescension, misogyny and transphobia into seven words. The tone of his “What?” made it clear I took up too much space with my stomping walk. “You got a dick” let me know that I wasn’t playing my part according to the script. And “Baby girl” landed with a resounding jab.

We laughed hysterically for three blocks. My daughter pulled herself together and attempted to find the bright side of my bossy sauce vibe by saying, “Mom, you are not that unfeminine,” which made us laugh even harder for two more blocks.

It was clearly time to ease up on my lessons and warnings about these situations. Her own observations and experiences have made her quite aware. My actual baby girl already had a quiver of life skills, including a great sense of humor, the knowledge that some people will dig deep to degrade others, and most importantly, the ability to access her repellent force field in a pinch.