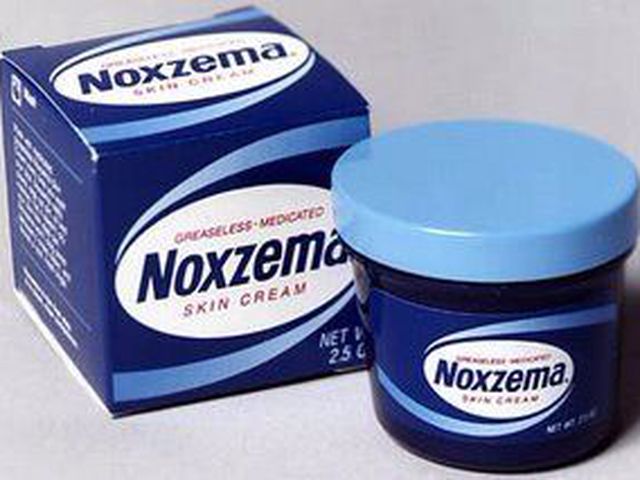 The 70s version of Noxzema

A Creaky Old House, a Dark Night and a Tub of Noxzema

I lived in a constant state of fight-or-flight until my sister went to college. Sarah grew up to be one of the most kind and loving people despite the fact that she spent a lot of time attempting to make every one of my childhood fears come true.

We grew up at Pierce’s Inn, a large, rambling and creaky old building with lots of nooks and crannies, which fueled my fear of the dark and provided opportunities for Sarah to get a rise out of me. My long list of irrational fears and high-level reactions made me a prime target.

Since it was kind of boring living out in Etna in the Seventies, we had to creatively find entertainment. After a long day of working with what we had, Sarah would redirect her creative skills to riling me up. I was like a third TV channel, only slightly better than Hee Haw.

One night, I was playing with my trolls while Sarah listened to the Bay City Rollers in her room next to mine. She was trying on clothes, cleaning her room and grooving to Saturday Night, the only song I remember from that album. Our parents were far off in the guest section of the Inn making beds.

One of my big catastrophic thoughts was that all the creepy animals, horrible monsters and sketchy people might show up at my dark window. As ridiculous as this sounds, these fears had staying power despite the logic tossed my way from every family member in various forms. The following incident occurred years before I did time on the couch and may be the precise moment that ensured my need for therapy.

Sitting cross-legged on the floor, I heard a strange, unfamiliar scratch at the window. At first glance, I could only see the reflection of light from my room until my eyes focused on what was on the other side of the screen – a mask of a pure white face with a maniacal grin and a hand scratching on the screen. My biggest fear had fully manifested.

My well-rehearsed escape plan locked in my mind despite being blinded by fear. Right outside my bedroom door around the corner, there was a spot out of the sightline of any windows. Screaming at the top of my lungs, I practically levitated out the door where I collapsed in my safe spot weeping and shaking uncontrollably.

My dad appeared as Sarah stomped and stumbled into the hallway howling with laughter. She contained her laughter when my father yelled accusingly, “What is going on here?!” Her face was covered in a mask of white Noxzema cream. Her little bedtime beauty routine sparked the idea to climb out on the roof and scratch at my window just to watch me go. And I went.

My dad and mom read Sarah the riot act, but I knew my reaction would inspire another event that would involve surprising me in some terrifying fashion. My parents (and older siblings for that matter) were perplexed by the fact that Sarah “had a mean streak running right down her middle.” They all encouraged me to not react, but they could not possibly understand that I would not rest or find peace until she and her tub of Noxzema moved out.

When Sarah went off to college, her mean streak disappeared. It was as if she was put on this planet to be a kind, at ease grown-up soul. In her wake, I was a salty, on-edge and slightly paranoid teenager always ready to spring. Thanks to therapy in my twenties, I recovered, sorted through my irrational fears and developed a stash of strategies to help when catastrophic thoughts clog up my access to logic. I share them freely and regularly.

Now I live at Pierce’s Inn with my family. The creeks and tweaks of this house are still part of its fabric. Low-level fears remain for me even as my kids have grown out of their own. There is one lingering upside to Sarah’s mischief: It may sound like I am making chicken salad out of chicken poop, but when an emergency or a drastic situation arises, my quick reflexes and response are reliable. I have put out fires, spoken up against all odds, dove into the water to save toddlers, intervened in very awkward situations and caught flying objects before they struck. As a person, I take up a lot of psychic space, but I come in handy enough in dicey situations that my family keeps me around.