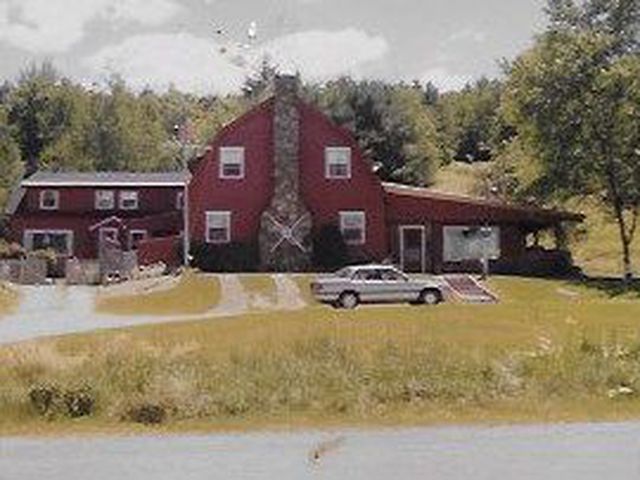 Pierce's Inn back in the day

Interesting guests and odd experiences that occurred at Pierce’s Inn inspired me to start keeping a list starting when I was in third grade. During those early years, my parents were hesitant to acknowledge anything odd or interesting when I shared my observations about our lives as innkeepers. Because it was their new job and lifestyle, they were eager to make it all seem normal. Owners of inns, hotels and motels shared an unspoken rule: What happens under your roof stays under your roof. This was considered job security for my parents and a comic feast for me.

The very parents and siblings who marinated me in storytelling and encouraged me to develop keen observation skills were suddenly asking me to put on blinders. I disobeyed and kept adding to the list. My older siblings understood that their college tuition depended on the success of Pierce’s Inn, so they wisely supported my parents’ respectful denial even when things went off the rails. Because I was unaware of the realities of making ends meet and trying to make sense of what unfolded on a daily basis right in my own house, I made it my business to pay attention.

Occasionally, one of my older siblings would fall out of rank and acknowledge the humor or nuttiness of a situation. My rotating collection of sisters-in-law and brothers-in-law were quite helpful providing a perspective of what unfolded in the family and with the guests. Their acknowledgment of some fascinating tidbits confirmed that keeping a record was a worthy pursuit. In fact, my former brother-in-law who saw it all from the beginning suggested it was time to get some of these stories written down and shared.

My original list is not accessible, but versions of it have made it along through some memory boxes to reach my writing files, journal and comic storytelling on stage. Even when I went off to college, I paid close attention to the stories before they were swept under the rug. By the time we were all adults, everyone was more willing to acknowledge the truth of it all. I decided if I ever wrote a book about Pierce’s Inn, I would title it, Good Vibes and Duct Tape because my parents mustered some serious magic to hold the place and the business together over the years.

One night we hosted a large party. After dinner, a very drunk man burst into the kitchen to ask if he could rent a room for the night. My mom explained that every room was rented, but he was persistent. While directing a kitchen full of servers attempting to serve dessert and get the dishes done around this large, insistent man, my mom repeatedly made it clear that there was no room at the Inn. He would not leave the kitchen and was relentless in his pursuit of any nook or cranny she would rent.

In a huff of annoyance with a side of snarky humor, my mother told the man that the only space available in the whole Inn was a storage closet. Without even seeing the closet, he joyously claimed it for the night. The “Long Room” closet was at an all-time low of disrepair. The cracked and caving floor let in the cold air as well as a waft of earthy mildew. The sagging shelves were bursting with old cleats, baseball bats, winter clothes, boots and stacks of rejected mustard-colored tablecloths and holy sheets. My dad prepared for the apocalypse by keeping every frayed towel, pair of ski boots, holy sheet and can of old paint just in case. All of these items were precariously stored in the Long Room.

Despite the musty smell and excessively cluttered space fully revealed on the tour of the space, the drunk man promptly offered my mom twenty bucks for a night in the Long Room. She and my sister-in-law thought it was so outrageously funny that they invested energy and time to find an old mattress. They threw on some old sheets, found a marginal pillow and topped it off with an allergy-inspiring wool blanket (known as a Civil War blanket among my nephews and nieces).

When this man emerged from the hovel in a somewhat sober state the next morning, he and my mom had some big laughs recounting the sequence of events that led to her renting him the most compromised bed situation in the history of Pierce’s Inn. He described being confused when he woke up to find a power saw and a staple gun inches from his face. He found it even more baffling when he rolled over and found excessive linen storage and a huge supply of sports equipment dangling off the sketchy shelves. When he finally found his bearings, he stumbled back to the kitchen to find my mom with a formal bill for $20. He actually paid her. He declined her offer of breakfast because he didn’t feel quite up to a meal, but he gladly accepted a cup of coffee on the house.