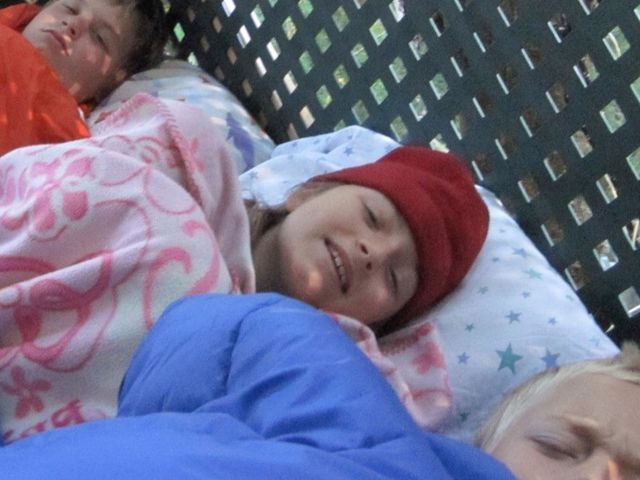 I used to anticipate “family joy” with giddiness as we embarked on a hike, outing, vacation, or dinner out together as a five-pack. It wasn’t too far into our parenting journey that I learned how my expectations, hopes and agendas could turn special time together into a slog. 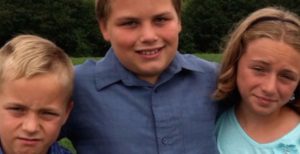 We had been waiting to have a full family day of skiing. As innkeepers, one of us would usually have to serve the guests at Pierce’s Inn while the other parent took the kids skiing. It was also rare for the NH weather and snow conditions to align enough to make a family day of skiing tolerable. Then there is the fact that the reality of taking little kids skiing isn’t as fun as it is in theory. One forgotten ski pole, glove or neck warmer is a recipe for a horrible day of negotiating unsatisfactory replacements patched together from our own ski bags and those of friends.

When our kids were five, seven and nine, they had all become capable enough skiers to bomb around with us at the Dartmouth Skiway. The miraculous combination of a free weekend at the Inn and a beautiful February day with new snow and a perfect temperature seemed to park Family Joy on our doorstep.

Then the packing battle began. Despite my misguided declaration of rules for gear storage, the kids’ gloves, helmets and water bottles were nowhere to be found. We bumped into each other scrambling to find our stuff creating a frantic vibe. I unraveled in a sweaty snarl as the clock ticked and kept up my solid pace of joyless nagging. Nine-year-old Zander stared out the window in a Zen state while standing in a wreath of unpacked items unfazed by encouragement from every direction. I was too far down the rabbit hole to recognize the need to slow down and be in the moment as he had always been able to do.

Bruce was barking directions while he fumbled to gather his morning cup of coffee and pack a significant collection of coffee-making equipment to bring along to the Skiway. He was so lost in his own coffee obsession and organizational challenges that he was not able to help find missing items amidst our clutter. Gloating Sadie was stomping around in all her gear and ski boots bragging about how she was the only one ready. Colter was in a full protest lay-down yelling, “You’re not the boss of me!” to each person who instructed him on how to help move our big jolly plan forward.

After a solid twenty minutes of hustling in and out of the house, stuffing skis and bags in the minivan, and fierce, irritable door slamming, the five of us were in the car. Bruce backed out of the driveway while the four of us stared out of our windows with sour expressions on our faces. There was lingering resentment and tension in the air even for Zen-like Zander whose moment has been disrupted. After Bruce drove for about a quarter-mile down the road, he slowed the car to a stop. He adjusted the rearview mirror to make eye contact with the kids. “Hey people!” he said with a big grin. No response from his salty passengers. “Hey people, guess what? (pause) These are the good old days!” Bruce’s odd angle of humor took Zander and me by surprise, and we started chuckling. The other two were slow to get it, but they caught onto the release of our laughter and joined in. As the truth of his statement settled in the car, we were all smiling and more laughter filled the van. Bruce took a sip of his coffee, reached over to hold my hand and hit the accelerator. Onward we went with a new lens into a new day.

I have surrendered to the idea that planning family joy is impossible. Keeping the bar low allows for family joy to sneak in and pop up in random ten-minute windows. By staying receptive to the unexpected conversation, observation, question, or silence together, we eventually find a slice or two of joy. Sometimes it happens on an outing, but family joy has a way of showing up in the middle of mundane moments. I no longer wait for it, expect it, or force it, but when it slips in to shine on our family, I aim for the presence of mind to bask in it while it lasts.