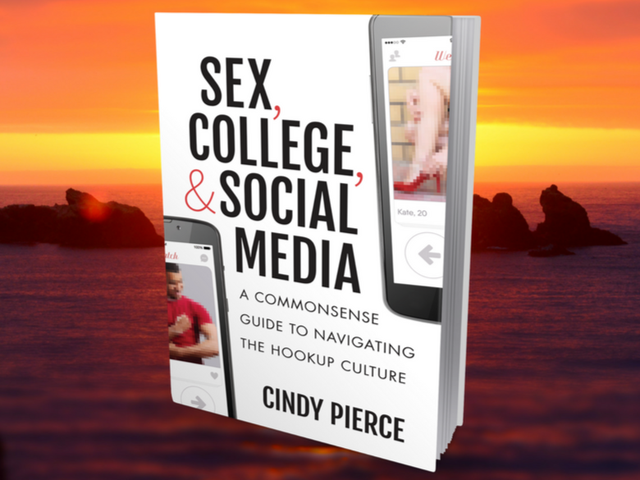 Dragging Middle School All The Way To College

Social Courage takes practice. Many people hope that Social Courage will suddenly land on them and allow them to avoid awkwardness. Developing Social Courage requires a willingness to be vulnerable by diving into awkward soup with some regularity. Social Courage improves communication, which in turn improves relationships. A

A common assumption among high school and college students is that sexual knowledge, ease and comfort are acquired by hooking up with a lot of partners. Hookup culture promises that drama will be avoided while sexual experience will be gained. Years of discussions with young people about sexual norms confirms that hooking up actually leads to a lot of below-average sex and drama. No matter how hard people try to spin hookup sex as no big deal, they privately admit that they become consumed by wondering about how sex could be better, the imbalance of interest, and the effort to mask any emotional interest.

Hookups are often facilitated through social media. The avoidance and delay of direct communication magnifies social awkwardness and drama. There is a strong expectation for people to keep it casual, even though many secretly crave intimacy and connection. Many assume that practicing casual sex will convert to more sexual skills. Practicing below average sex actually becomes one’s practice and often lasts for decades. There is no app to rescue anyone from the emotional and physical vulnerability of being naked or even partially naked with another person. Plenty of people keep at it holding the belief that great sex is right around the corner.

Handlers have become a thing. Of course, they don’t call themselves “handlers.” Handlers are what I call the self-elected friends who assume clearance to manage other people’s relationships all under the guise of being helpful. My husband and I have laughed for years about the handlers of our later elementary school years. Bruce had a girlfriend in 5th grade with whom he scarcely spoke during the entire month they were going out. In fifth grade no one knows what to do, so a group of friends becomes your team of handlers.

Bruce’s handlers talked to a girl’s handlers, and suddenly they were dating. The handlers tagged along and took care of all of their communication at school and on a date to the movies. They spoke just a few words on the slow-speed 70s double chairlift ride when the handlers joined them for a day of skiing. Four weeks into the relationship, the handlers let them know they had broken up. Bruce was actually relieved. It wasn’t long before the idea of handlers seemed ridiculous, and the development of communication skills dependably put the handlers out of work by time we were in 7th grade.

Handlers are back. They have become a standard, unspoken part of the social and sexual lives of many high school and college students. It’s like Tinder with real people as the connectors (for better or worse). Handlers gain social power and status by giving friends access to the people with whom they want to hook up. While some handlers have kind intentions, some are status-seeking meddlers and gossipmongers who use social media to facilitate their own involvement and ensure their important role in friends’ relationships. A genuine friend should nudge you into the awkward soup and coach you on your communication skills so you are able to manage your own relationships.

Handlers can benefit by bringing others into the hookup scene to affirm their own choice to hook up or hope to hook up. Keeping up appearances is part of the hookup game and that can involve being an advocate for participation. Even if your own hookups aren’t working out, you can mask your doubts as long as others are buying into the system.

A good number of students recognize the limitations of the hookup scene and opt-out, but it is nearly impossible to avoid the banter. The number of hookups among high school and college students is significantly lower than what people assume. Perception fueled by media, marketing, social media and peer banter can make people feel angst about being left out of the hookup scene.

Plenty of people hold a secret hope that hooking up will lead to a relationship, but most over-compensate to conceal that. People are also motivated to hook up with someone to avoid judgment (being called a prude or a pussy) or to boost their own social status. Hooking up is often more about joining a club than it is about sex. It turns out that most participants in the hookup scene aren’t particularly satisfied, even boys who almost always get off in a hookup.

Feeling beholden by the opinion of handlers and the possibility that handlers will discuss your hookups with others can influence one’s sexual decisions. The risk of committing or being a victim of sexual assault can increase when people are motivated to step outside their comfort zones and push boundaries to impress others. A person may use coercion, depend on alcohol or use physical restraint to subdue a partner if they believe the outcome of their hookup will be scrutinized by people whose opinions matter in their social circle.