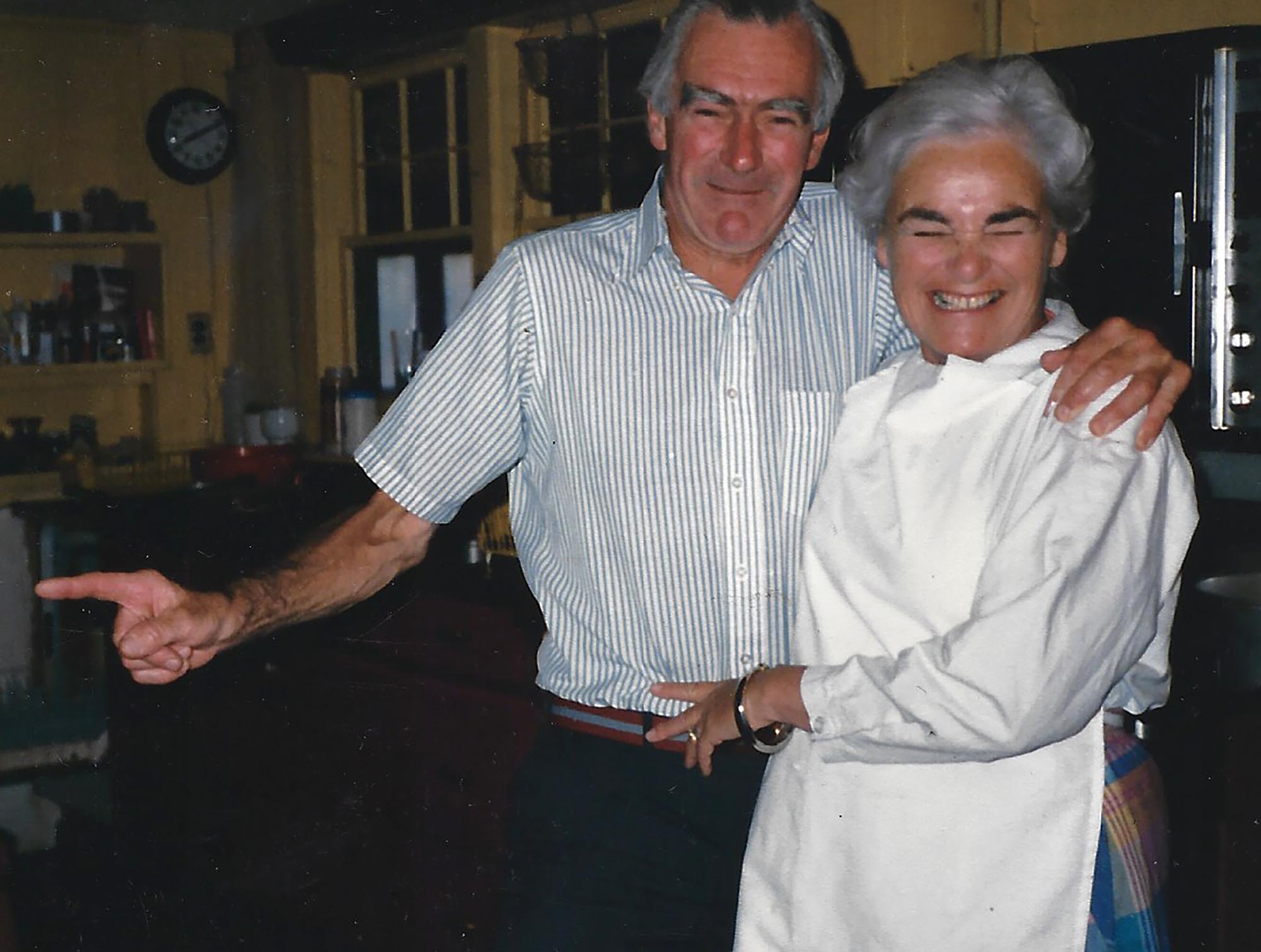 Pause, adapt, and in some situations…Dismiss

My parents, Reg and Nancy Pierce were in their mid-forties when they became innkeepers. From 1971 until 2002, Reg and Nance hosted a wide variety of events at Pierce’s Inn, sometimes taking on challenging events just to keep the Place afloat. Witnessing their negotiations, teamwork, disagreements and ability to find humor all along the way was inspiring. Adaptation on all fronts was a skill they both developed out of necessity.

In the late 1980s, they had had enough experiences to realize which kinds of events were actually too high maintenance no matter how much they were paid. The consistent weather-related obstacles occurring in the spring ultimately led them to close the Inn during Mud Season and take a vacation. Big weddings were particularly high-stress because they required intense focus and effort to create a seamless event with a perfect meal on a couple’s special day. Over the thirty-one years they spent as innkeepers, they continued to learn, adapt and evolve as people, parents and innkeepers.

As guests arrived at Pierce’s Inn, Reg’s primary role was to be the front man who set up the bar, answered questions, stoked the fires and helped them get settled in their rooms. Reg was a tall and lanky guy who spent every busy weekend hobbling around the premises to get his tasks completed. One of his best skills was the way he made guests believe they were having an amazing experience, even when things got wonky. I started calling him Obi Wan Kenobi. As he led guests to the funky back bunkroom, he described it as a magical place. Yes, it was a bit campy and quite drafty but he was certain they would love it. As he waved his long arm to show off the ten bunk beds with scratchy wool blankets on the uneven floor, it was as if he were casting a spell over the guests. They oohed and ahhhed. By the end of the weekend, they would sign up to reserve the drafty old bunkroom for the following year, leaving all of us mystified.

An evening of torrential rain confirmed that it would be the last dinner event they would host in late March. Water was pouring into the dining room faster than Reg could pump it out. He surrendered and decided to build wooden planks for the guests to walk to their seats and keep their feet above water level. He collected plants from a couple neighbors to put around the dining room. As the guests entered the dining room, he declared, “Welcome to the Rain Forest.” They squealed with delight, thought it was hilarious, and had a wonderful evening. On nights like these, Nance was grateful that he could get people right on his program with the wave of his arm while she cooked the food.

When meals were served, the guests fawned over Reg for being a man who could cook and host everyone at the same time. In the beginning, Reg would credit Nance for the food, Eventually, she convinced him to let people believe whatever they chose because it was good for business.

The last big wedding almost took Reg down along with the whole staff, but Nance saved the day. It was a sweltering afternoon. Several toilets in the upstairs bathrooms repeatedly clogged up, forcing Reg to leave his kitchen duties and head off with his plunger. Trays of lemon chicken, pots of cheese soufflé and pans of filet mignon sat on the stove top, waiting to go into the ovens. The kitchen was buzzing with teenage girls serving appetizers, and my sister-in-law was assisting in the kitchen. With all the ovens going, the temperature hit an all-time high. Suddenly the fire suppression system activated and unleashed baking soda all over the dishes of food on the stovetop. Dinner was supposed to be served an hour and a half later. After a moment of shock, most of the eight servers burst into tears. Luckily Big Reg was not in the kitchen because he would have had a heart attack ON THE SPOT.

Nance was always good in a crisis and calmly put the team of servers to work to recreate the meal. Two girls were sent to a sink to clean every single piece of chicken while another made more lemon sauce. My sister-in-law cleaned the filet mignon. Some of the other girls helped make a new cheese soufflé. The bravest server was sent out to find the mother of the bride to tell her dinner would be late with no other explanation.

It was a beautiful day and the guests seemed just fine with the new plan. Once the drinks flow, people are usually more flexible. They didn’t even notice the servers carrying trays of food across the lawn to any ovens they could find on the compound or in the neighborhood. There was an oven in our barn, at the chalet next door and two ovens in the family kitchen. Our neighbors Murray and Karen Washburn gladly offered their stove. Having been in the restaurant business for years, they were well versed in the behind-the-scenes chaos that would be tucked back in the far corners of their memories.

By the time Reg returned to the kitchen to proudly announce that a plumbing catastrophe had been averted, the solutions to the chaos in the kitchen were already in motion. As Reg grasped what had happened in his absence, his pulse started to rise and he looked like he would collapse. Nance calmly sent him to the office to rest his feet and regroup, knowing that his stress level could derail their progress.

In the end, the guests raved about the food without knowing the effort it took to make it happen. Nance always accepted the nature of the Inn business; things could go sideways at any moment, and the trick was to adapt on the run. Big Reg spent every moment of his innkeeping career attempting to eliminate the possibility of any obstacle cropping up, ranging from a small setback to a major catastrophe. Needless to say, Reg’s disposition didn’t do well in certain situations because every kind of setback – clogged toilets, burst pipes, leaks in the roof and pest control – felt like a catastrophe.

Nance and Reg were always a good balance as a couple, as parents and as innkeepers. They passed the baton back and forth and depended on each other’s strengths and skills. There was an art, or maybe a science, to how quickly they recognized when the other’s abilities were not useful in a certain situation as it unraveled. That particular kitchen fiasco was one of the many moments when one of them did a quick assessment and dismissed the other from the scene when he entered.

That kind of next-level marriage expertise – on-the-spot decisions made with clarity and conviction without an ounce of concern about how onlookers perceived it – was something to behold!